Dr. Padma Sugavanam is an All India Radio A-graded Carnatic vocalist and also an academician, with a PhD in Sanskrit and Music from the University of Madras.

Padma is the first Carnatic musician to have been appointed as India Scholar and Visiting Faculty at the Cleveland State University, which hosts the Cleveland Thyagaraja Aradhana, the largest platform for Carnatic music outside India. Padma also serves as a faculty member of the University of Silicon Andhra in California, and was with the SV College of Music and Dance (Tirupati) prior to that.

In Performance, Padma’s accomplishments include the rare honor of a double-promotion A-grade in All India Radio, and the Outstanding Vocalist award in her category in 2014, from the Music Academy, Chennai.

Padma was born in Canada. Her parents recognized her musical potential when she was very young, and relocated to Chennai, where she trained under Sangeetha Kala Acharya Smt Seetha Rajan of the Semmangudi Srinivasier bani, for over 20 years in the Gurukulam system.

In performance, Padma was awarded the All India Radio A-grade as a special double-promotion at the young age of 22 – which is a rare honour. She is also a gold medallist in her MA degree in Music. Padma has performed in several major sabhas in India, including the Madras Music Academy, Shanmukhananda Mumbai, Bengaluru Gayana Samaja etc.

Padma was awarded the Outstanding Vocalist award in the junior category in 2014, at the prestigious Madras Music Academy. Padma has also undertaken several international concert tours to USA, Canada, Singapore, Malaysia, Sri Lanka and Bali. She has conceptualized off-beat projects such as a Musical Retreats blending travel and music.

as the Madras Music Academy, University of Pennsylvania (Philadelphia).

Having trained in both the traditional Gurukulam system as well as the modern University system, Padma tries to imbue the best of both in her engagement with students. The first task is to nurture love for music in the student – students should organically embrace art as a mode of refined expression, shared and savoured with the community in a conscientious manner. The next step, is to encourage students to think for themselves, and generate ideas for artistic expression. While this process happens, the teacher must adequately equip the students musically, for them to be able to give shape to their own ideas and bring out their latent artistic talents.

In line with this philosophy, Padma’s curriculum and teaching gives a lot of importance to art appreciation, working with the community on artistic activities, and working on creative assignments in music. In terms of equipping the student musically, the effort is a holistic one encompassing voice culture, purity of notes, a traditional ‘pathantaram’ of ragas and compositions, appreciation of lyrical content, correct pronunciation, performance delivery and presentation. 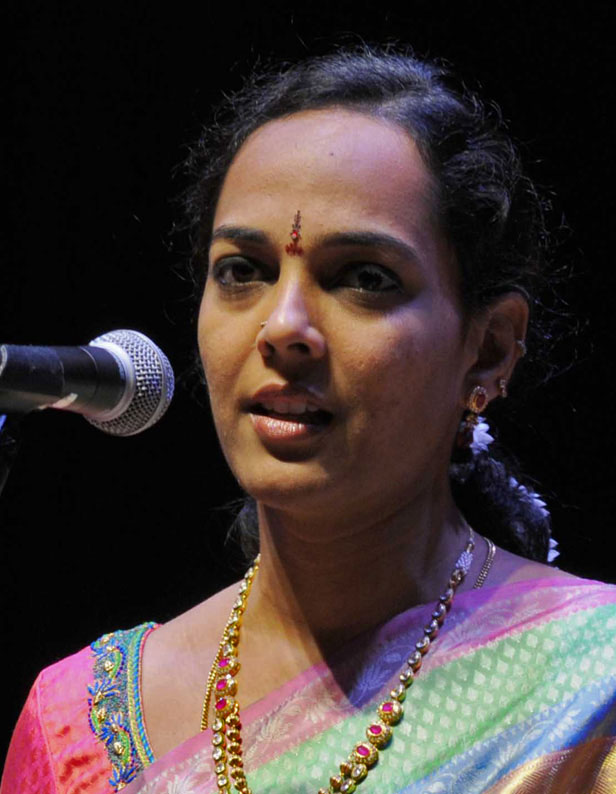